Most forms of alimony terminate upon the remarriage of the recipient, such as bridge-the-gap, durational, and permanent alimony.  See 61.16(5), (7) & (8), Fla. Stat. (2016).  However, there is no incentive for a former spouse receiving alimony to get remarried.  The alimony recipient will cohabitate with their significant other and forego a marital relationship, thus avoiding the automatic termination of the alimony award.

In 2005, the Florida legislature codified existing common law to provide that a financially supportive relationship could form the basis to reduce or terminate an award of alimony.  Section 61.14(1)(b)1 states, in pertinent part, that “[t]he court may reduce or terminate an award of alimony upon specific written findings by the court that since the granting of a divorce and the award of alimony a supportive relationship has existed between the obligee (recipient) and a person with whom the obligee resides.”

For a modification based on a support relationship, it is essential to prove as many of the statutory factors set forth above to increase your chances of success.  Proving these factors will ultimately depend on the facts and circumstances of the case.  Typically, it will involve testimony of various witnesses and financial records to show a pattern of behavior.

If you are paying alimony and your former spouse is cohabitating with a significant other, you may have a claim to modify or terminate your alimony.  It is highly recommended that you seek the advice from a marital and family law attorney with experience in these types of matters before taking any legal action so that you can make an informed decision as how best to proceed.

Jonathan Schiller is a Florida Bar board certified specialist in Marital and Family Law and a Fellow of the American Academy of Matrimonial Lawyers. He concentrates 100% of his practice in the area of marital and family law primarily in Broward County, Palm Beach County, and Miami-Dade County. 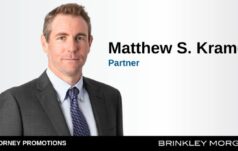