What is a Premarital Agreement and Why Do I Need One?

What Issues Should Be Considered Before Entering Into a Premarital Agreement?

The following are potential issues to address and consider if you are contemplating entering into a premarital agreement:

Under Florida law, individuals who contemplate marriage are in a confidential relationship with each other. This confidential relationship gives rise to a duty to make a full and fair disclosure of the nature, extent, and value of the assets and liabilities that each party holds, as well annual income, so the other party may make an informed decision as to what will be relinquished as a result of entering into the premarital agreement. This requirement ensures that the parties are negotiating in good faith and with the appropriate and necessary information. To make complete financial disclosure, each party must disclose, based on available information, his or her net worth (all assets and liabilities, and the values and amounts thereof), as well as past and projected income. A premarital agreement will not be enforceable if the person against whom it is being enforced is able to prove that the agreement was unconscionable when it was executed and due to deficient financial disclosures.  In certain situations, you may also employ a non-disclosure agreement and seal the information being conveyed.  That information would only be utilized if the premarital agreement is implicated, such as in a dissolution of marriage.

KEEPING CURRENT AND FUTURE PROPERTY SEPARATE, AND PROTECTING THE APPRECIATION

Florida is an equitable distribution state, meaning that unless the parties agree otherwise, assets and liabilities acquired during a marriage are subject to equitable distribution statute, section 61.075, Florida Statutes. Appreciation and/or Enhancement of non-martial assets as a result of efforts of one or both of the parties during the marriage is also a marital asset subject to distributions. However, through a valid premarital agreement, you can exclude assets and property from division, even if the property would otherwise be considered marital property. The premarital agreement would address property you currently own which was acquired before the marriage (premarital/separate property), property acquired during the marriage (marital property), and the source of the funds for such acquired marital property. In many situations, one objective is to ensure an individual retains their premarital/separate property and any appreciation on that property, as well as retains acquired assets in their name and all income earned during the marriage or on any of the premarital assets. The premarital agreement can be crafted in such a way that a great deal of control can be employed over what is and what is not separate or marital property.  Generally speaking, common terms provide that you can create marital property, but only if the asset is intentionally titled in joint names by a written instrument.   It is not imperative that marital property is created, but often times including the possibility of same is suggested simply from an optic level.

PROVIDING SUPPORT FOR YOUR SPOUSE UPON YOUR DEATH

In the event of the death of either spouse, the premarital agreement can also define the distributions and inheritance rights and entitlement of each party. For example, the premarital agreement can define what support one may provide for their spouse in the event of death. This can be done by giving one’s spouse martial assets as well as separate assets. It is also important to determine the disposition of the last residence you and your spouse are living in as well as the contents.  The same theory would apply to multiple residences. If the residence is one party’s separate property and that party has an intention to dispose of it outside the marriage, then one may want to provide a lump sum payment to your spouse so they could purchase a home. It is important to remember that one must presume that if a spouse dies during an intact marriage, that the parties were happily married. The premarital agreement could also establish a trust to provide income upon the death of a spouse, and then have the money revert to other heirs or trusts upon the surviving spouses death.  There is no requirement to include specific provisions and some people leave these out of the premarital agreements. However, many parties or their lawyers will require some guaranteed payments to ensure the surviving spouse is able to support themselves if they were not otherwise able to do so.  Often times one may include some basic provisions as a “floor” of benefits to their spouse, and then have more extensive planning occur outside the premarital agreement.  Other considerations may include waiving the Elective Share component of the Florida Statutes, waiving rights of spouses to family allowance, rights to exempt property, appointment as guardian, conservator, or personal representative, and other rights normally accorded to a spouse under Florida law.

A premarital agreement nearly always addresses the amount of spousal support/alimony one would pay in the event of a divorce. However, if considering a full waiver, one must be mindful that there is provision under Florida law that states if spousal support is completely eliminated, the Court can order support if the waiver results in the spouse qualifying for a program of public assistance at the time of separation or marital dissolution.  Temporary support and temporary attorneys’ fees under section 61.16, Florida Statutes, cannot currently be waived during the pendency of a dissolution of marriage action. In other words, until a Final Judgment is entered dissolving the marriage, one may need to pay for the other spouse’s support and maintain the marital assets.  Except for those provisions, all other forms of alimony can be eliminated, or at least planned for by a properly drafted premarital agreement.  The types of alimony applicable to a matter are always premised upon need and ability to pay, and are implicated by the length of marriage. Bridge-the-gap, durational and permanent periodic are the most common forms of alimony, and those are awarded based upon short, moderate and long-term marriages, respectively.   As stated, even though Florida law does not allow the waiver of temporary support and the possibility of providing temporary professional fees to a spouse during a dissolution of marriage, one may include language to apply the waiver if prospectively allowed.

In conclusion, unless the parties agree otherwise, assets and liabilities acquired during a marriage will be equitably divided at the time of divorce under the equitable distribution statute. Retirement plans will be governed either by their own terms, by section 61.076, Florida Statutes, or by both, and unless the parties are able to agree about the sale of the marital home, section 61.077, Florida Statutes will govern their entitlement to set-offs and credits after the sale.  All of these statutory provisions can be altered or eliminated by an enforceable premarital agreement.  The marital estate is determined by the date of marriage through the date of filing an action for dissolution of marriage. The valuation date is generally the date of filing, but the Court has discretion with respect to different assets, such as the value of the marital residence. All of that being said, a properly constructed premarital agreement extracts spouses from the confines of these considerations.

As a Partner at Brinkley Morgan, John N. Lambros concentrates his practice in the area of marital and family law, with a focus on dissolution of marriage issues including alimony, child support, parental responsibility, timesharing and equitable distribution; post-dissolution matters; adoption; paternity; pre-nuptial and post-nuptial agreements; and other related matters. He is a Martindale-Hubbell AV Preeminent® rated attorney and has been listed in The Best Lawyers in America, Florida Super Lawyers Magazine and Florida Trend Magazine’s “Legal Elite”. He can be reached at 954.522.2200. 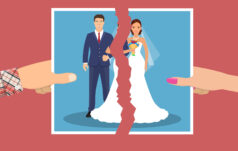 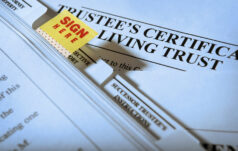 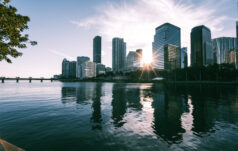