Florida Courts begin with the premise that the distribution of marital assets and liabilities should be equal, unless there is a justification for an unequal distribution.   In considering the distribution, the Court must take into consideration a variety of statutory factors.  One of the factors available for consideration is “the intentional dissipation, waste, depletion, or destruction of marital assets after the filing of the petition or within 2 years prior to the filing of the petition.”  Fla. Stat. 61.075(1)(i).

Black’s Law Dictionary defines dissipation as, “[t]he use of an asset for an illegal or inequitable purpose, such as a spouse’s use of community property for personal benefit when a divorce is imminent.”  Florida Courts have defined dissipation as being “where one spouse uses marital funds for his or her own benefit and for a purpose unrelated to the marriage at a time when the marriage is undergoing an irreconcilable breakdown.”  Gentile v. Gentile, 565 So. 2d 820 (Fla. 4th DCA 1990).   If a Court determines that a marital asset has been dissipated, the Court can and often times allocates the wasted asset to the offending spouse in the form of an unequal distribution of assets, despite the asset no longer being in existence.  That result is premised upon the belief that the non-offending spouse should not suffer the consequences of such waste.  However, one spouse’s perception that a marital asset was dissipated may not, in and of itself, convince the Court that the asset should be treated as being wasted.

The analysis of the dissipation generally starts with the intent behind the expenditure, and whether the conduct was intentional.  Generally speaking, if there is no misconduct, the allocation to the offending spouse will likely not occur.   Florida Courts have held that there must be specific evidence and findings that the spending spouse intentionally dissipated assets.  The Courts have gone further to carve out that mismanagement or simple squandering of marital assets in a manner in which the other spouse disapproves generally does not serve as a basis to unequally distribute assets.  The most common allegation of dissipation involves the expenditure of marital assets on an extra-marital affair or paramour.   Florida Courts, when presented with the proper foundation of evidence, have routinely adjudicated such expenditures to be wasting of marital assets.   Examples of such waste include gifts, airfare, dinners, hotel expenditures, rent and “loans,” which never seem to have a maturity date or any documents to substantiate the loan.

As touched upon above, it is reversible error for a Court to charge a party for assets which were dissipated without misconduct.  For example, a woman’s expending her 401(K) to support herself and the parties’ children was not found to constitute intentional misconduct.  The Court found that while the monies were expended, they were not expended on anything other than customary and historical marital expenses.  Similar results have occurred the same set of circumstances pertaining to liquidating an IRA.   However, just because there is no misconduct, Courts have certainly voiced that parties have acted inappropriately.  Courts have even equally offset actual misconduct when it appears that both parties have availed themselves to marital monies in predominantly equal fashion.

The most important component of prevailing on a dissipation claim is that there is a solid foundation of evidence to support the contention, but equally as important, the Court must make specific findings on the record as to why the unequal distribution occurred.  Without these findings, Courts of Appeal have reversed unequal distributions for no reason other than not being able to discern why the unequal distribution occurred.   To the extent possible, close attention and records should be sufficient to support the preliminary claim, then it is up to you to justify why the expenditures were intentionally wrong and unrelated to the marriage.

John Lambros is a member of Brinkley Morgan’s Marital & Family Law practice group. He provides representation in all aspects of family law with a concentrated focus in complex, high net worth and high profile situations. 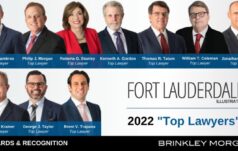 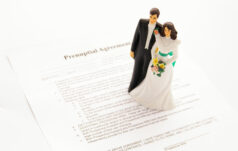